How to find ideas to create your own online course 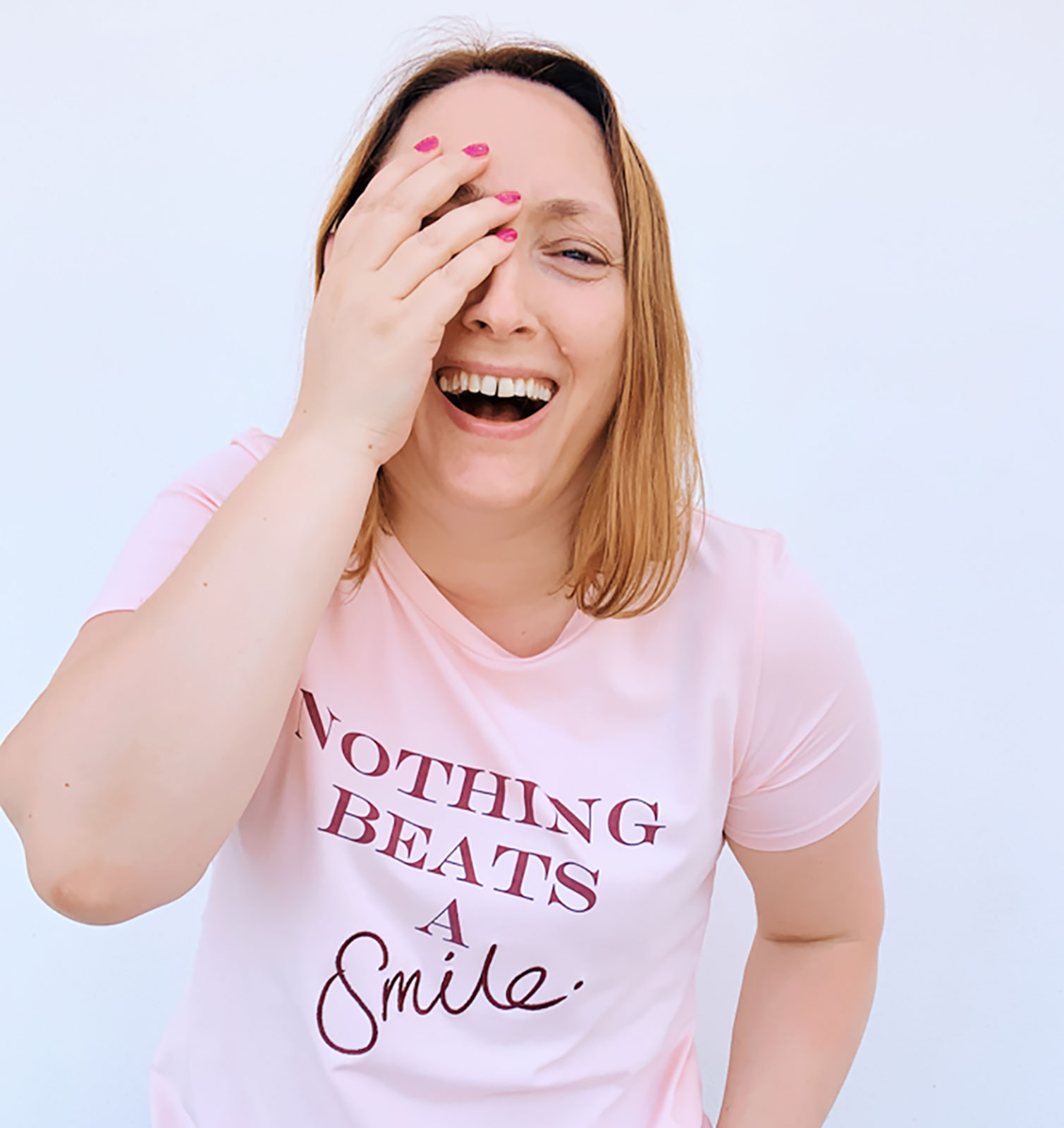 I teach & coach high-integrity course creators and coaches how to unapologetically share their true message, effortlessly attract others who vibe the same, and make more sales so they transform their business into an aligned and profitable ecosystem. 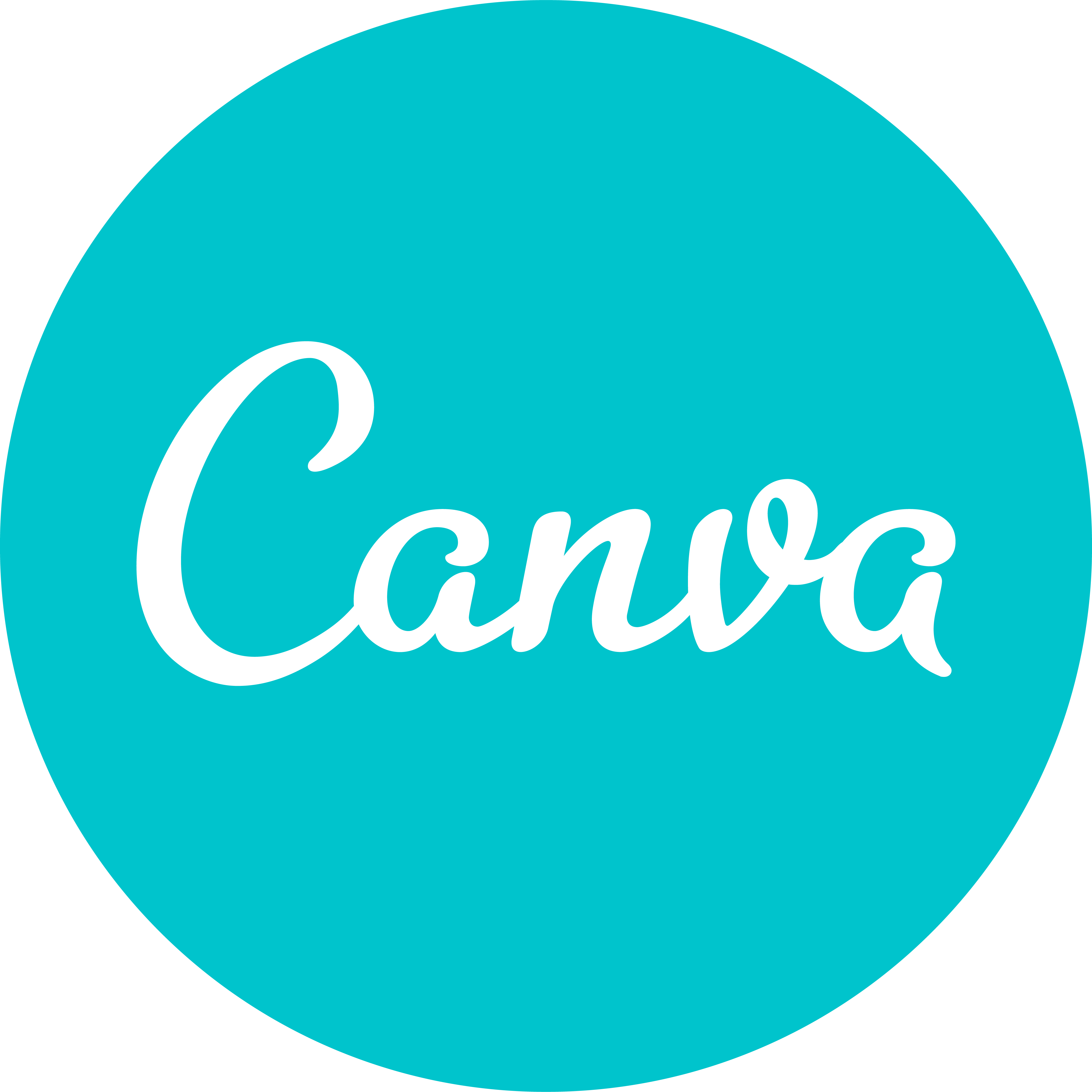 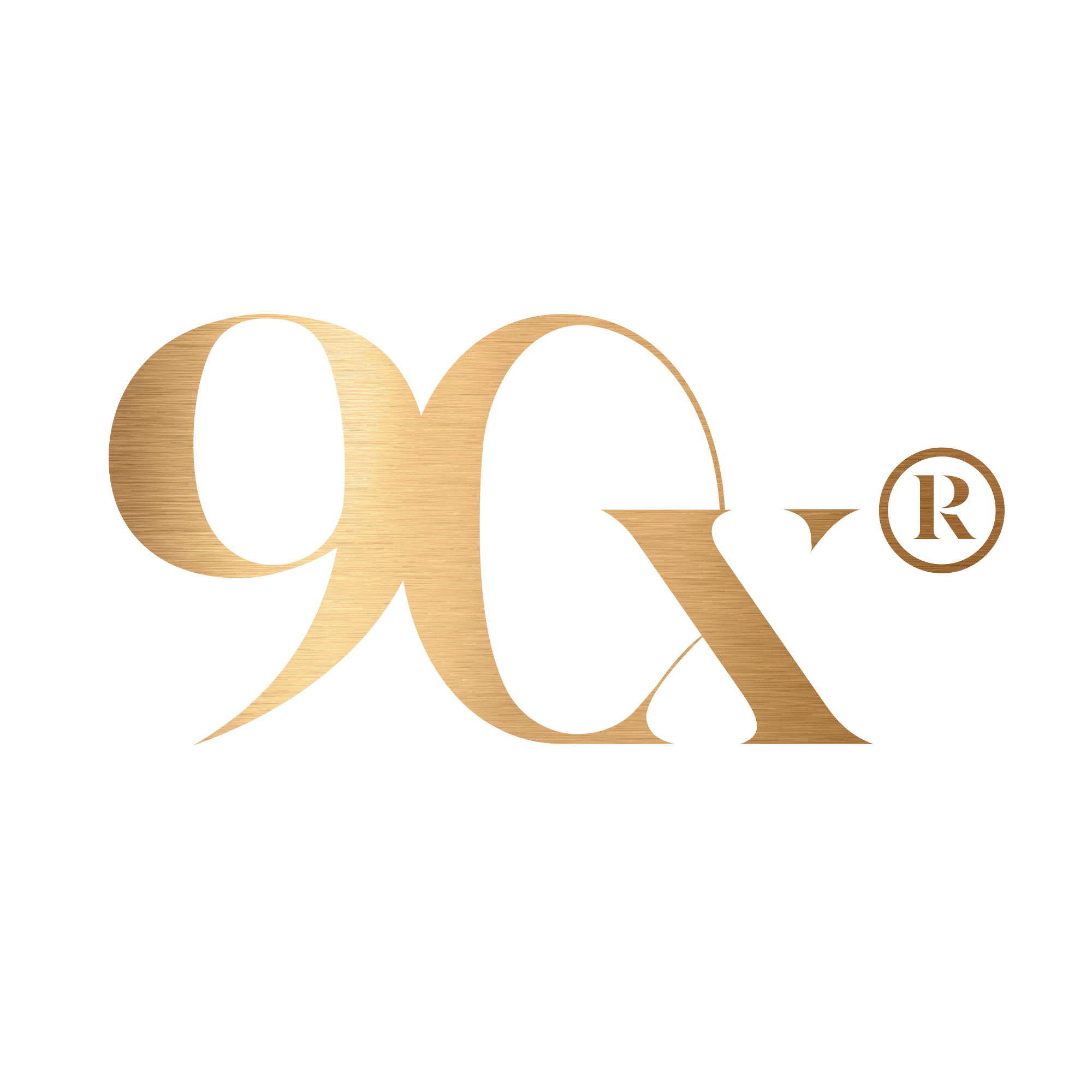 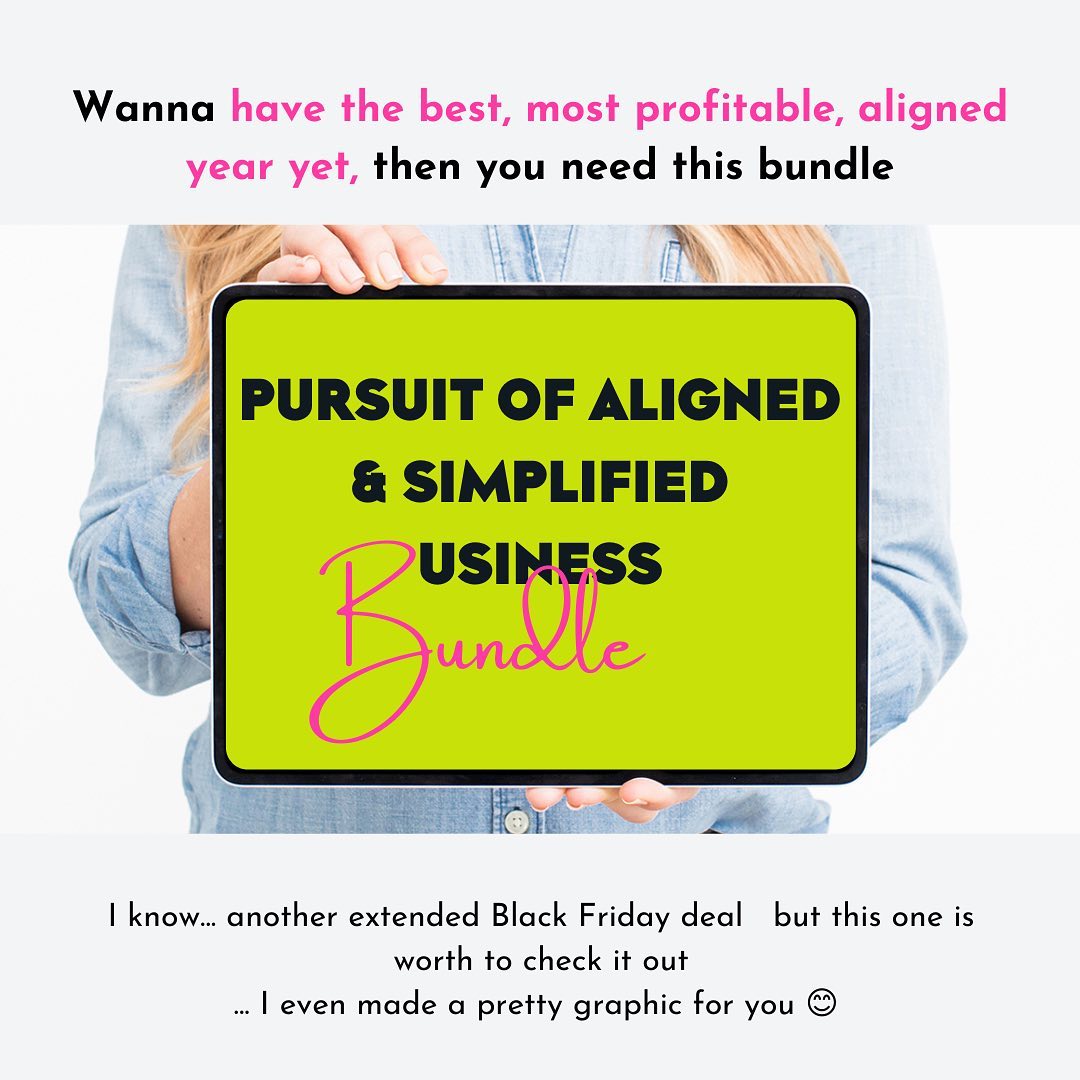 peppageorgieff
•
Follow
Black Friday burnout is real…🤣🤣 By now, you’ve probably seen so many deals, offers, and promotions your eyes have started glazing over, right? Well, I am... Believe me, I get it. BUT, if building a sustainable and aligned business -- minus the massive hard work until your eyes bleed or the usual burnout effect most entrepreneurs are experiencing at least once a year -- is part of your 2022 plans, then you’ll want to take 2 minutes to see what’s on this page. But because I want you to have the best, most profitable, aligned 2022, I decided to bundle my best stuff that will help you exactly do that. Those are the things that make the difference and most important for building a profitable and aligned business -- I’ve learned that the hard way. 🚀 Simplified business that allows you to work less, but do it better! 🚀 An email list with people who really want what you have to offer! 🚀 Amplified sales in a natural, uncomplicated way! 🚀 Sharing your voice with intentional and aligned content! 🚀 And the most essential one: BEING GRATEFUL, then this is the first step towards abundance! This is what the bundle is all about and you can get it for a steal, i.e. an early-bird opportunity for the whole bundle. I seriously believe that this content is going to help you improve so you have the best, most profitable, aligned year yet…. Knowing that for the right people… It’ll make a difference. Click in the imp in my bio to check out all the deets.
View on Instagram |
1/4 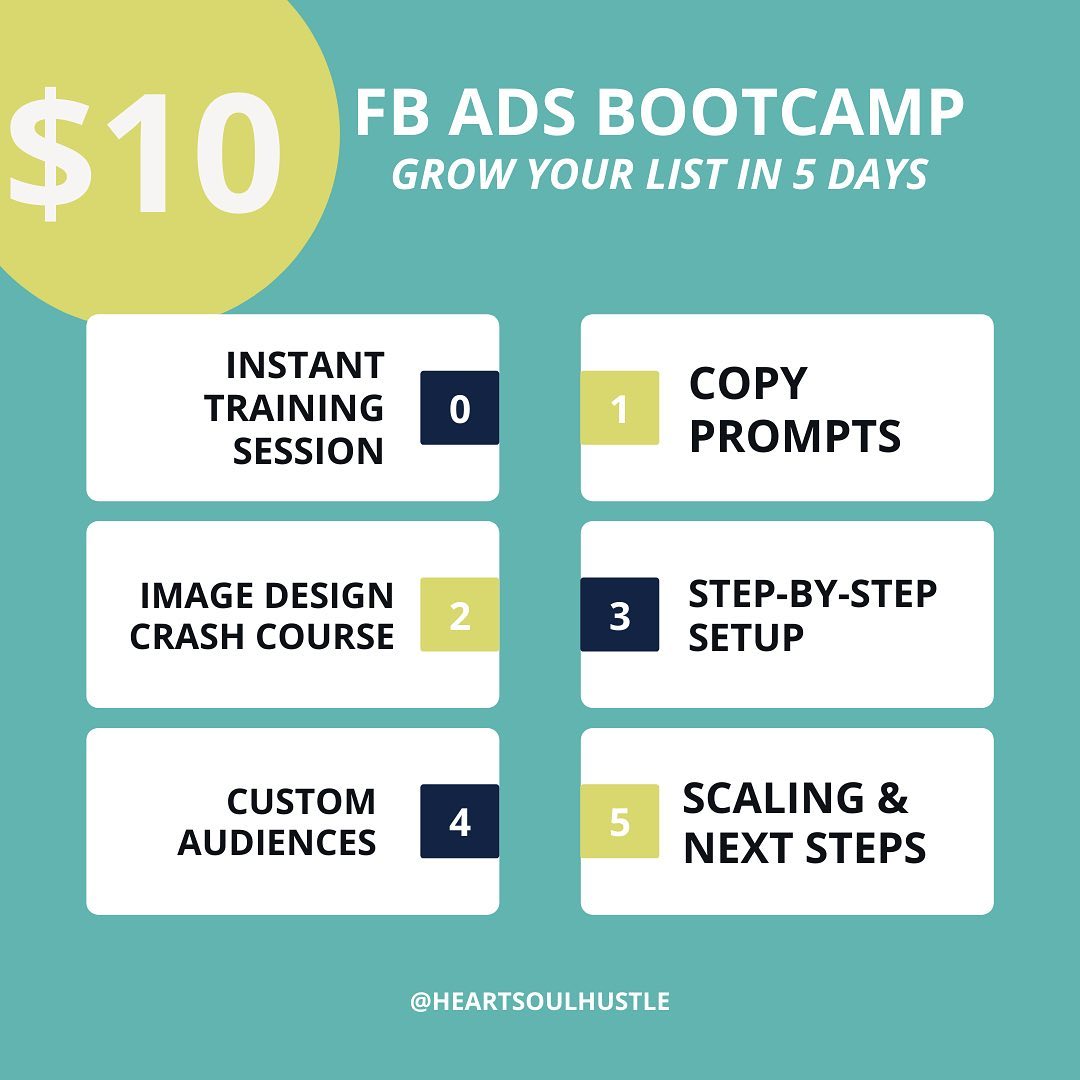 peppageorgieff
•
Follow
What does running a 4-minute mile have to do with using Facebook™ ads? LOTS! So, the 4-minute mile. For most of human history, people thought it was impossible to run a 4-minute mile. Doctors, scientists, and other hoity-toity experts said it couldn’t be done. They claimed the human body was physically incapable of running a mile in under 4 minutes. And then along came Roger Bannister, a middle-distance runner, and neurologist, who, on May 6, 1954, at Iffley Road track in Oxford, England, ran a mile in 3 minutes and 59.4 seconds. The crowd in attendance erupted in cheers and applause. They’d witnessed the so-called impossible! But here’s where the story gets truly amazing: Roger Bannister’s record lasted a mere 46 days! On June 21, 1954, John Landy ran the second 4-minute mile in history. What had been considered impossible in spring 1954, by summer of the same year was becoming routine. Today, over 1,500 people -- including kids in high school -- have run a sub 4-minute mile. As soon as someone -- in this case Roger Bannister -- PROVED that humans could run a 4-minute mile, it inspired others to do the same. Roger Bannister inspired thousands to run their own 4-minute mile, a feat that for most of our history, we’d been told was impossible. Now let’s bring the story back around to you. If you’re like a lot of people I know, you may feel like Facebook™ ads are challenging… or even impossible. (talk about the current iOS and Google changes… …it’s easy to feel stuck and frustrated. *oh, yeah… I know what it feels like… 😩😭😤🤯😬 BUT if you’d love to have someone on your corner to show you how this darn ads thing works and make the process of building an email list fast using ads (without breaking the bank) easy for you, you would want to check out my good friend’s - Zach Spuckler - $10 Facebook™ Ads for List Building Bootcamp. >> click the link in my bio to get all the deets.
View on Instagram |
2/4 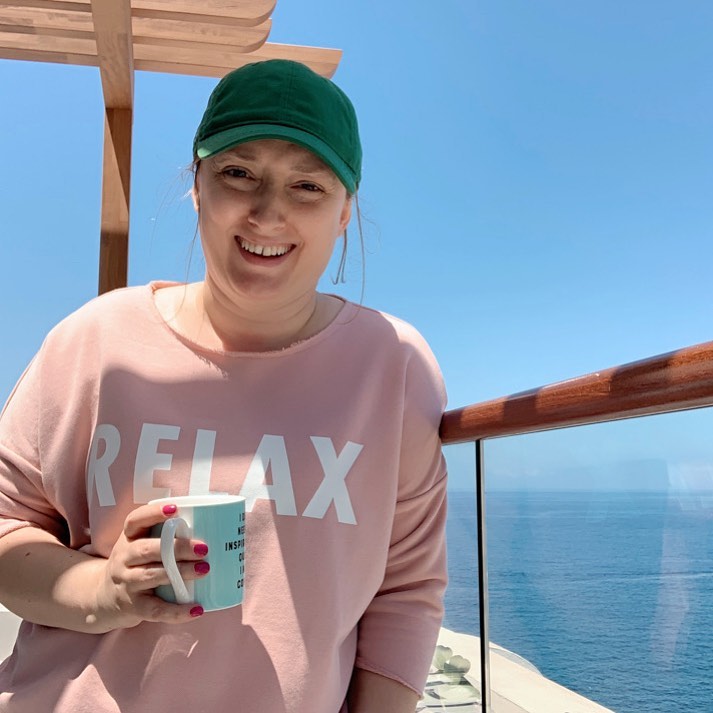 peppageorgieff
•
Follow
Confession... I used to be stuck in the mindset of wanting to wait for permission, for a validation that my dreams are worth following even if I didn’t have a plan; And being very hesitant to invest in knowledge, tools, or even time that I know will help me with building and scaling the business of my dreams. Today I know better. Why? Because I want to live a life on my own terms. And I trust in my abilities to make smart decisions for myself. Can you imagine no longer being trapped in beliefs that keep you away from the way you want to lead? Imagine if you stopped obsessing about what others would think of you when you show up as the person you are! Imagine if you shift your attention away from what others are doing and trying to mirror someone else because you think it should be this way! Now, I wouldn’t tell what impact such a shift could have on the people you want to serve with what you have to offer because you already know that. I’m wondering if you are ready to shift from competitive, comparing thoughts or external validation to creative thoughts and actions and see how that works for you. What is one thing you can do TODAY to move the needle towards building the business you want to have (or the life you want to live)?
View on Instagram |
3/4 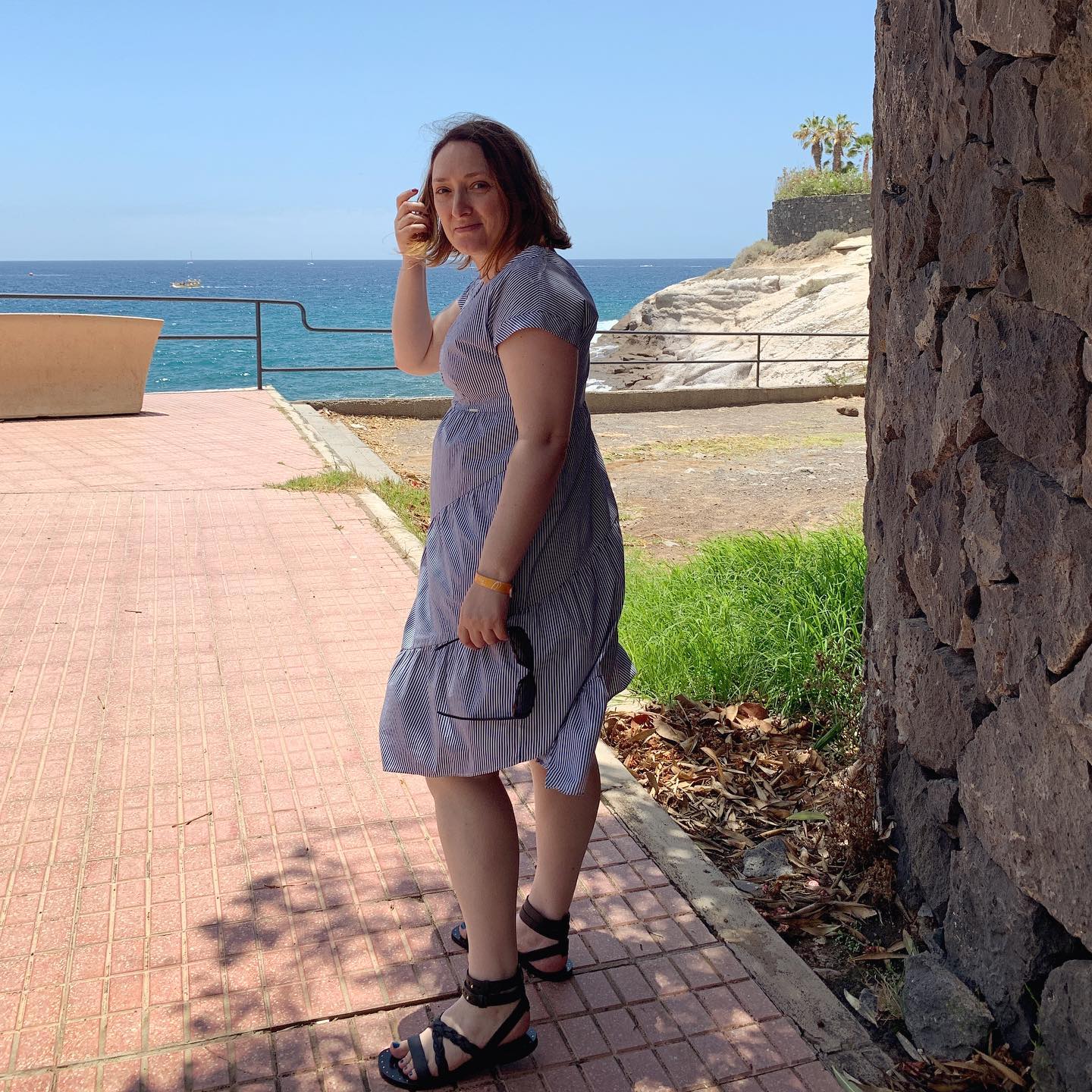 peppageorgieff
•
Follow
Let’s play a game… And it begins by answering a single question:  “What three aspirational words would you use to describe your ideal self in the future, the person you are trying to become?”  Please take a moment to ponder your answer to this question. Would you describe the person you are trying to become as… Focused.  Resilient.  Generous.  Caring.  Abundant.  Limitless… What three words describe YOUR ideal future self?  Once you’ve picked your three words, here’s what I highly encourage you to do:  Get a yellow (or whatever color you prefer) Post-it note and write at the top “I AM…”. Write your three aspirational words below that. Then, stick the Post-it note to your bathroom mirror.  You want these three aspirational words to be the first thing you see in the morning and the last thing you see before climbing into bed at night.  Each morning, as you’re brushing your teeth, dwell on those three words.  Picture yourself thinking, speaking, and behaving… BEing... as the person who FULLY EMBODIES these three aspirational words.  Imagine how you can live out those three words at home and at work, within yourself and your relationships. At night, when you’re brushing your teeth before bed, again, dwell on the three aspirational words you wrote on the Post-it note.  Ask yourself, “How did I live my three words today? How was I successful? And how can I improve tomorrow?”  By doing this, you’re commanding all of your creative energies, both conscious and subconscious, to transform you into the person YOU want to become.  This is a simple practice.  But it is very powerful.  I hope you’ll try it, even if you think it’s weird ‘cos BEing that person is the fastest way to become that person.
View on Instagram |
4/4
@peppageorgieff